I remember it as if it were yesterday / 10

A decade or so ago I came across the films of the late Andrei Tarkovsky, after visiting the great gothic abbey of San Galgano  which entailed a fair journey from where we were staying, but I was determined to see it: 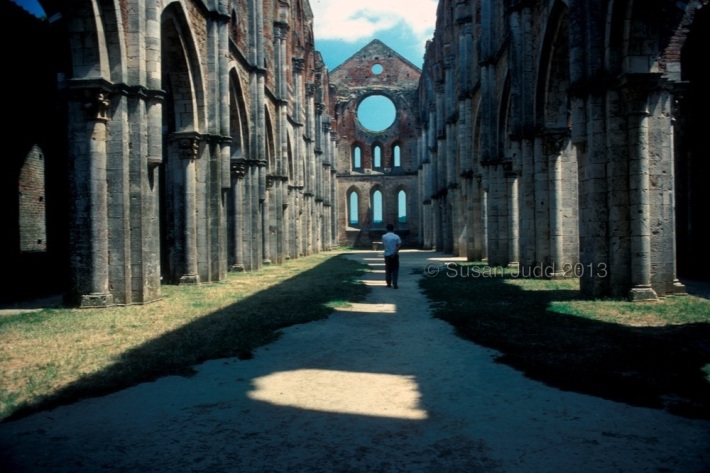 The abbey featured in the final scene of Tarkovsky’s film Nostalghia.

Aquainting myself with Tarkovsky’s films some years later, I discovered his love for a tiny hamlet in Tuscany, and decided to find it. It also featured in the film Nostalghia.

We visited it on a spring day, and it was beautiful.

… But I was after atmosphere. On a very wet March day, I was back in Tuscany, and in the evening arrived at Bagno Vignoni to see the sulphur bath steaming slightly….nicely eerie

The idea was to capture the bath early next morning, but alas, I didn’t quite time it right and was slightly later than I would have liked

but finally, I did get some steam floating over the water

and looking the other way, steam wafting over the buildings

I can see myself now, taking those images, and breathing in the atmosphere of the place. A most enchanting place, and the B&B was good, too!

Photos from the last 40+ years