Postcards from my past / 5 Colditz

As a young teenager, I was an avid watcher of the 1970s TV series Colditz (I can still hear that theme tune….), and I always wanted to go and see the place for myself. A trip to Eastern Germany in 1993 saw me hatching plans….

The castle had been an asylum for many years since the war, and was falling into disrepair. We were able to visit, but much of the place including one of the tunnels I was keen to see was out of bounds. It still looked rather a forbidding place: 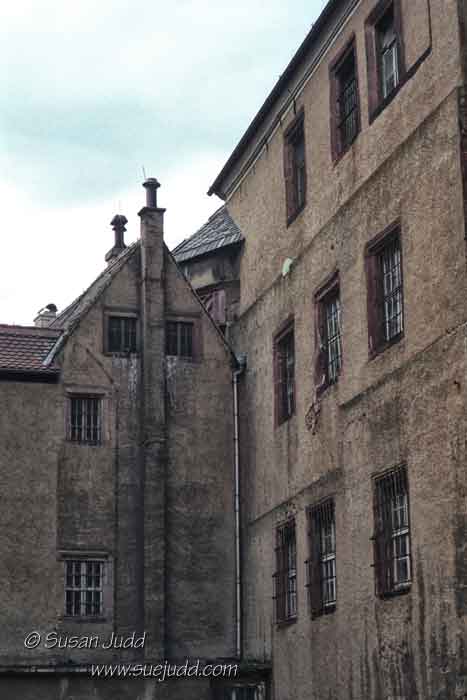 We did visit again when we were on a classic car tour in 2001, and were now able to get to a few more places, but not including the attic. Now all the asylum inmates were gone, but the place was full of insulating material…. I have since found out that the castle underwent renovation during 2006 and 2007, has been spruced up no end and you can now join guided tours of some of the tunnels! Ah well….

It seems there is a lot more to be seen now, and there is information on the Internet https://www.colditz.info/oflag4c/Das-Oflag-IV-C.html