The great Mosque of Cordoba, the 10th Century Mezquita, is quite something to see. It was formerly the principal mosque of Western Islam and is the city’s outstanding monument, built at a time when Cordoba was at its height as one of the largest and most prosperous cities of Europe. 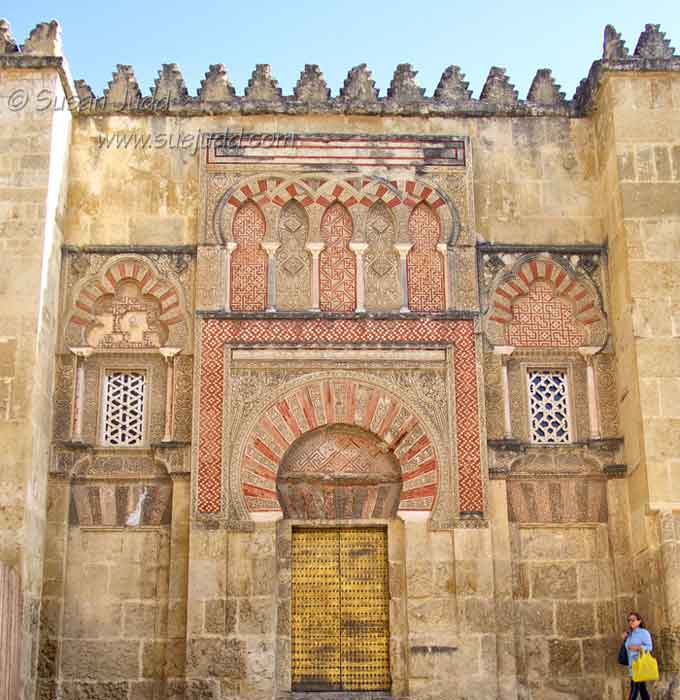 View of Patio de Los Naranjos from the exterior wall

You approach it via the Patio de los Naranjos.

One of the gates into the Patio

When you first catch sight of the prayer hall in the interior of the Mezquita, it is a stunning assault on the senses! You are struck by this seemingly endless forest of pillars and arches. Because there were so many people about, I mostly looked upward. Had I been allowed to use a tripod, I could have perhaps tried a 60 second exposure to remove them, but as it was I could only manage 1/3 sec handheld. 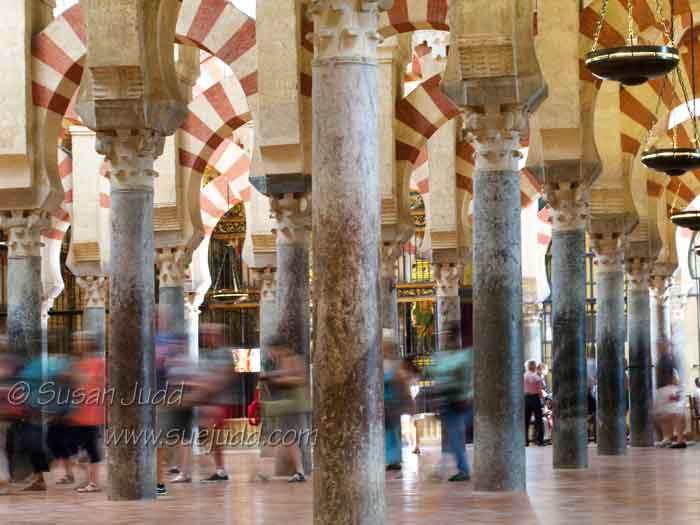 Everywhere you look there fabulous views of the interplay between the different elements of the interior architecture: 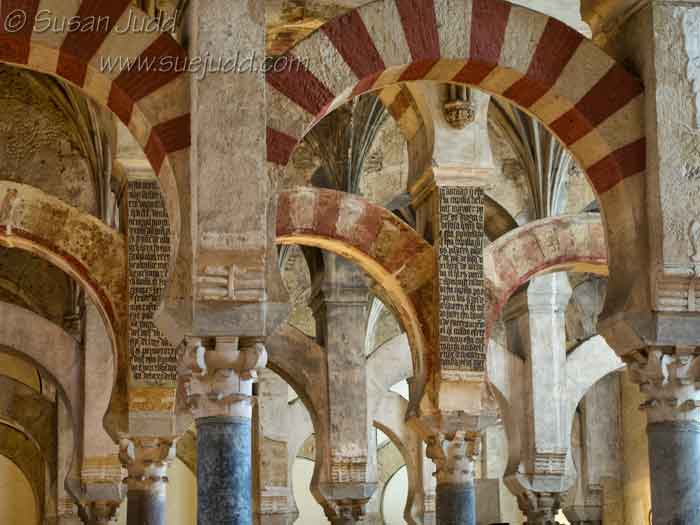 The distinctive look of the arches was created by alternating brick and stone which produced a red striped pattern. Sunlight bathes the pillars and arches creating some great lighting effects. 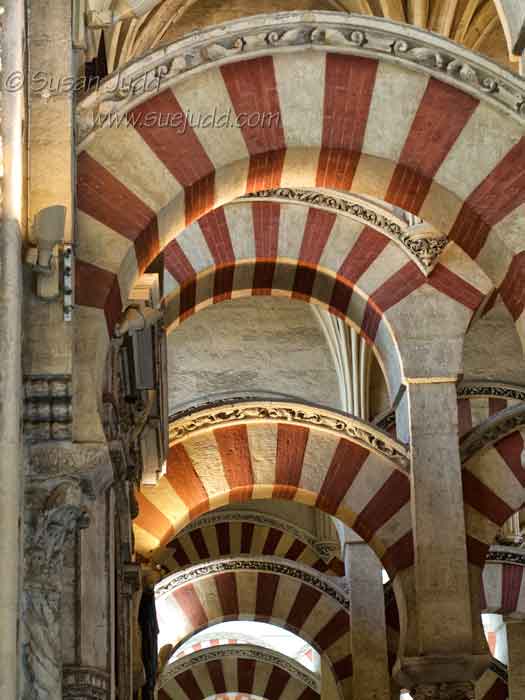 The detail in the interior is stunning 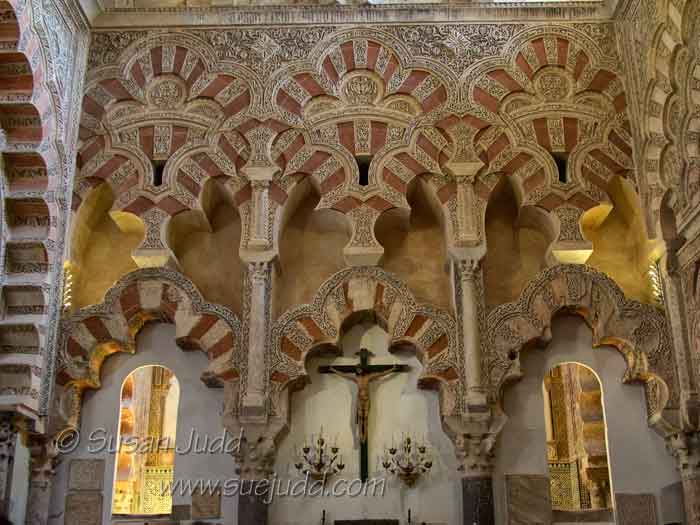 One day, I must get back at a time when there are fewer people about!

Rantings Of A Third Kind

The Blog about everything and nothing and it's all done in the best possible taste!